I cannot believe how applicable this second century bishop’s words are to the present time. I challenge all of you to read this and not be at the least intrigued, or like me, be extremely moved by what he has to say.

He teaches fundamental truths that we Orthodox have too often slowly forgotten or are willing to do away with for the sake of being more “accepting.” Acceptance of people does not also require accepting their errant teaching.

To make this Church Father’s writings more accessible, I’ve provided his words in the form of a Question and Answer conversation/interview.

Let me first set this up for you. Unlike today, the early Christians knew of only one Christian Church. But like today, there were many who proposed variations to the faith and started small sects.

The overseers of the Church, inheriting what was handed down to them by the apostles, did their best to keep everyone orthodox in their faith. One overseer, Bishop Irenaeus, of the second century, wrote at length to overcome such intrusions on Christianity. He offers us the mindset of the early Church; he lived so early in fact that he personally knew another bishop and martyr, Polycarp, who personally knew many apostles, including specifically St. John the evangelist and disciple of Christ.

What Ireneaus said about those who deviate from the Apostolic-founded Church still applies today.

Q: Bishop Irenaeus, from where should we learn the truth?

A: Find a Church with apostolic succession.

“Suppose there arise a dispute relative to some important question among us, should we not have recourse to the most ancient Churches with which the apostles held constant dealings and learn from them what is certain and clear in regard to the present question?”

Q: But I have the Bible! I don’t need the Church to tell me about Christianity, do I?

A: What if there was no Bible! Where would you turn then? The Church!

“For how should it be if the apostles themselves had not left us writings? Would it not be necessary [in that case] to follow the course of the tradition which they handed down to those to whom these did commit the Churches?”

A: The place where a lineage of overseers [i.e., bishops], down to the present time, were appointed one after another, beginning with an apostle, to oversee the faithful.

“It is within the power of all … who may wish to see the truth, to contemplate clearly the tradition of the apostles manifested throughout the whole world; and we are to reckon up those who were by the apostles instituted bishops in the Churches, and [to demonstrate] the succession of these men to our own times….

By this succession, the ecclesiastical [i.e., Church] tradition from the apostles, and the preaching of the truth, have come down to us.

And this is most abundant proof that there is one and the same vivifying faith, which has been preserved in the Church from the apostles until now, and handed down in truth.”

[Note that right now I could give you a list of 118 bishops of the Coptic Church, the Church of Alexandria, where the first to establish it was the evangelist St. Mark (writer of the gospel, whose gospel is said to have been mostly formulated by St. Peter’s direction), and at present it is led by his successor Pope Tawadros.]

Q: But what if somehow we have gotten it wrong, and the Christianity preached by non-Apostolic churches is right!

A: If the apostles knew something important they would have said it, and if they haven’t, new theologies of today must revert to the teachings handed to and through the Church.

“[The Church, by means of] the succession of these men to our own times … neither taught nor knew of anything like what these [who teach other theologies] rave about. For if the apostles had known hidden mysteries… they would have delivered them especially to those whom they were also committing the Churches themselves. For they were desirous that these men should be very perfect and blameless in all things, whom also they were leaving behind as their successors, delivering up their own place of government to those men.”

[Notice what he says here. Why trust the Church? Because its leaders were personally hand-picked by the apostles, and each successor continued to be hand-picked, down to the present time. Every overseer was carefully chosen from among Christians, vetting them first as St Paul told St Timothy and St Titus to do when choosing leaders. Yes, some bishops didn’t turn out so grand, but as time went by the Church clarified for you who is orthodox and who isn’t. That is why we should trust those who are regarded as legitimate Fathers of the Church more so even than a person who, without apostolic succession, professes themselves a leader among Christians, in the past or at present.]

Q: Bishop Irenaeus, what makes you so special that you can say all of these things that many do not want to teach, let alone hear.

A: I knew a man who knew apostles and others who saw Christ in the flesh.

“Polycarp … whom I saw in my early youth, for he tarried [on earth] for a very long time … was not only instructed by apostles, and conversed with many who had seen Christ, but was also, by apostles in Asia [the ancient locale in modern-day Turkey where so many of the familiar biblical cities like Ephesus were], appointed bishop of the Church in Smyrna… And when a very old man, [he] gloriously and most nobly suffered martyrdom, [and] departed this life, having always taught the things which he had learned from the apostles, and which the Church has handed down, and which alone are true.”

Q: Well, what do you think if I attend non-Apostolic worship services? Or read their books, listen to their music, hear their preachers? Don’t worry, I’ll believe in my Church doctrines but I’d still like to obtain what I can from them.

“Since therefore we have such proofs, it is not necessary to seek the truth among others which it is easy to obtain from the Church;

since the apostles, like a rich man [depositing his money] in a bank, lodged in her hands most copiously all things pertaining to the truth; so that every man, whosoever will, can draw from her water of life. For she [i.e., the Church] is the entrance to life; all others are thieves and robbers.

On this account are we bound to avoid them, but to make choice of the things pertaining to the Church with the utmost diligence, and to lay hold of the tradition of the truth.”

Q: That seems a bit harsh Bishop Irenaeus. How am I supposed to feel about the non-Orthodox? It seems like you are so hardened against them.

A: Not at all. Actually, we love them and pray for them, and although it seems harsh, it is truly out of concern for their salvation.

“We do indeed pray that these men . . . being converted to the Church of God, may be lawfully begotten, and that Christ may be formed in them, and that they may know the Framer and Maker of this universe, the only true God and Lord of all.

We pray for these things on their behalf, loving them better than they seem to love themselves. For our love, inasmuch as it is true, is salutary to them, if they will but receive it. It may be compared to a severe remedy, extirpating the proud and sloughing flesh of a wound; for it puts an end to their pride and haughtiness. Wherefore it shall not weary us, to endeavor with all our might to stretch out the hand unto them.”

Q: Okay, but what is so special about “THE CHURCH” you speak of? You make it seem like your Church is the only place to find God. God isn’t so closed-off like that, is He?

A: Christ designated THE CHURCH as THE SOURCE of the keeping of the Faith and also the source of the passage of the Holy Spirit for salvation.

“[It has been shown], that the preaching of the Church is everywhere consistent, and continues in an even course, and receives testimony from the prophets, the apostles, and all the disciples . . . through the entire dispensation of God, and that well-grounded system which tends to man’s salvation, namely, our faith; which, having been received from the Church, we do preserve, and which always, by the Spirit of God, renewing its youth, as if it were some precious deposit in an excellent vessel, causes the vessel itself containing it to renew its youth also.”

“For this gift of God [i.e., the Holy Spirit] has been entrusted to the Church, as breath was to the first created man, for this purpose, that all the members receiving it may be vivified; and the [means of] communion with Christ has been distributed throughout it, that is, the Holy Spirit, the earnest of incorruption, the means of confirming our faith, and the ladder of ascent to God. “For in the Church,” it is said, ” God has set apostles, prophets, teachers,” and all the other means through which the Spirit works; of which all those are not partakers who do not join themselves to the Church, but defraud themselves of life through their perverse opinions and infamous behavior.”

For where the Church is, there is the Spirit of God; and where the Spirit of God is, there is the Church, and every kind of grace; but the Spirit is truth. Those, therefore, who do not partake of Him, are neither nourished into life from the mother’s breasts, nor do they enjoy that most limpid fountain which issues from the body of Christ; but they dig for themselves broken cisterns out of earthly trenches, and drink putrid water out of the mire, fleeing from the faith of the Church lest they be convicted; and rejecting the Spirit, that they may not be instructed.

All writings by Bishop Irenaeus come from his third book Against Heresies.

19 thoughts on “What to think of the Non-Orthodox? What a Second Century Bishop says about those who are outside of “the Church.”” 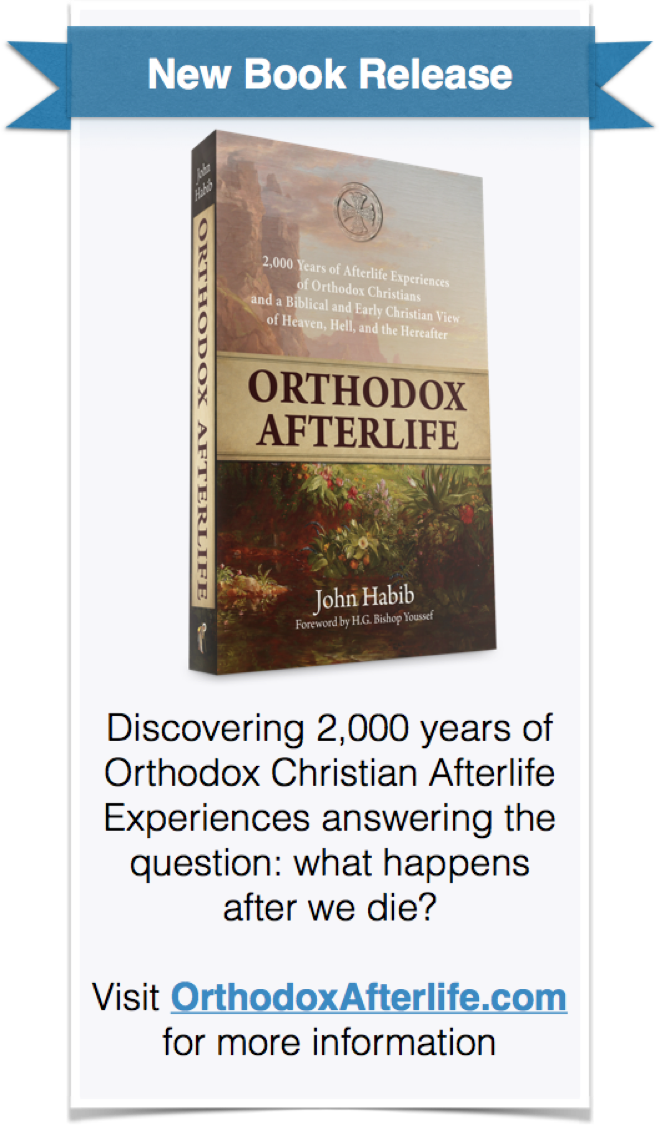